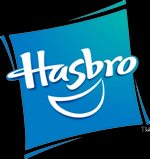 Last week, several sites reported that Hasbro's January 30 street date for the launch of the 2012 Star Wars line was no longer in effect. Hasbro has sent us a notice confirming that the January 30 retail launch date is still in effect for all countries except the UK. Read on for the official announcement.

From Hasbro and Hunter PR:
"We wanted to take a moment and quickly clarify a discrepancy in the retail launch date of Hasbro's first 2012 items that began popping up online over the holidays. January 30, 2012, is the date for Hasbro's STAR WARS product to go on shelf in all countries except the U.K., which is setting now. If you've posted any other date, or have received questions from your readers, please note that 1/30 is the set date. Thanks!
Also, please keep an eye out in the weeks ahead for an announcement of Hasbro's New York Toy Fair news and activities!"
Posted by David Delgado at 10:29 AM