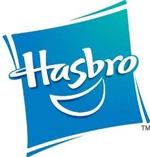 Hasbro has announced a new Fans' Choice Poll, and for the first time, readers of Echo Base News have been invited to participate! Read on for the full details!

UPDATE: The voting has begun in our forums! Click here for the details and to submit your nominees.
Here are the details we've received from Hasbro:


-We will submit nominees from our readers for the Fans’ Choice poll.
-The winning character will be included in the action figure line in 2013, in time for the 30th anniversary of Return of the Jedi.
-Our polling results list will be ranked in order of importance from 1-10. All polling result lists will be combined together (each outlet getting an equal voice) with the #1 character on each list worth 10 points, the #2 character worth 9 points, the #3 worth 8 points, etc. The resultant point values will be used to generate the final ballot of 20 choices, which will be announced in October by STAR WARS Insider on their website (http://titanmagazines.com/t/star-wars-insider/). Fans will then be able to vote on STAR WARS Insider’s site for their favorite character out of the Top 20, and the character with the most votes as of November 31 will be the new STAR WARS Fans’ Choice figure!
-Any characters selected from the current STAR WARS: THE CLONE WARS animated series would be done in a realistic style.
-The winning character will be announced at Hasbro’s 2012 Collector-Fan Media Day event at Toy Fair in New York in February 2012.
Posted by David Delgado at 1:58 PM